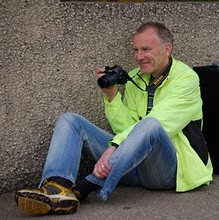 Welcome to isleofman. in photos published by Murray Lambden

This photo website launched in June 2011. My main objective remains to share my photographic hobby with as many people as possible. The option to buy copies of the photos and contribute a small amount to charity is secondary but it also automates things and I no longer have to email them as in the past. All profits from the sale of downloads, prints and photo gifts are donated to charity - only commissions (to Zenfolio who host the site), printing costs etc will not reach a charity. I pay all the costs of operating the site.

I'm pleased to say that thanks to people buying photos from this site, £5,100 has now been donated to charity - £300 each to:

You can also see my videos at youtube.com/murraylambden

Thanks to Mike Lambden, Neil Wilson, Karen Kneale, Vincent Campbell and Ben Lambden whose photos have been sold in addition to my own.

The vast majority of the photos are from Manx athletic events over the past 15 years (with a few more still to be added) but I also enjoy taking photos of Isle of Man events and views so they are also included. Sit back and browse some of the photos.

In the unlikely event that anyone wants to use my photos for commercial purposes please let me know. I will also freely assist all media in the Isle of Man to promote the sport.

I've been competing in athletics for 46 years which gives you a clue that I am not very young!

I've collected nearly as many cameras as I have photos and none are of professional standard. They have however given me, and I hope a few other people, a lot of enjoyment.

I used to be a race walker then a marathon runner and, and when my ageing limbs permit, run in the early morning. Taking photos and my websites is my next biggest hobby.

I live (Douglas) and work (Ballasalla) in the Isle of Man for Paicolex Trust Company (Isle of Man) Limited and I've been married to Marie for 31 years. Our elder son Robbie (30) lives at the Carnane Autistic Centre and our younger son Ben (26) is a doctor currently studying for a post graduate degree in Stockholm.  My mother was Manx born, my grandfather (Frank Crowe) a farmer and MHK but I was born in Farnborough in Hampshire.

My father came to the Isle of Man during the war, met my mother, he returned to Aldershot where they married, then he became a transport journalist before landing the job as general manager of the Isle of Man Railway and Isle of Man Road Services in 1965 when we up sticks to Kirk Michael. I have two elder brothers (Mike and Martin) and a younger sister (Margaid). Not only were we all given names with "M" but we were all born roughly 4 years apart. I lived for 4 years in Stoke as a student (with 6 months in Manchester) to add to the other 8 of my 59 years that I haven't lived in the Isle of Man.